A new sun, a new day. Even more beautiful if the rising sun sheds its light on spectacular panorama miles and miles away from home. The essence of travel is also able to see with

A new sun, a new day. Even more beautiful if the rising sun sheds its light on spectacular panorama miles and miles away from home. The essence of travel is also able to see with our own eyes how many different countries are illuminated by the very same yellow dwarf star that our planet shares. And if it is the first light of dawn, it is even more exciting. Our planet is full of enchanting places from which to observe the spectacle of the fiery disk that appears on the horizon. The ones below are just some of the most beautiful and will make even the laziest get up to see them. We have chosen the nine best sunrises globally, from a cold sunrise in the Arctic to a hot one in Africa. Set the alarm early and get out of bed without crying. We promise you won’t regret getting up!

#1. During a Safari in Africa 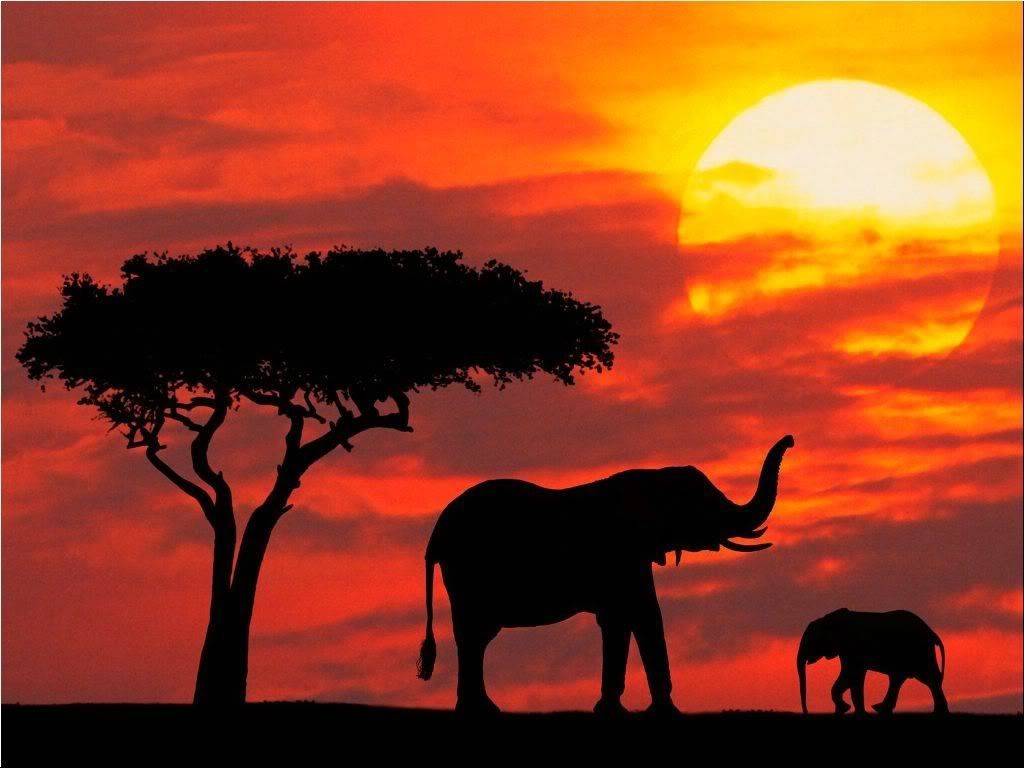 “Naaaaaaaants ingonyaaaama bagithi Babaaa.” We couldn’t resist; we had to start with a quote from The Lion King. Since childhood, we still dream with the most famous dawn in the cinema of all time. So why not observe it live? A multi-day safari always starts its tours early in the morning, even before the red disc is visible in the background. That’s because animals wake up much earlier than we do: predators have already hunted at night, and herbivores come to the pools of water to have their morning drink. In Kenya in the Masai Mara, in the Serengeti in Tanzania, in the Kruger National Park in South Africa, or wherever you want: the sun’s scenery illuminates nature in its wildest state! This stunning destination is one of the most mysterious places globally, a  wonder of the modern world that dates back to almost six hundred years ago and rediscovers just a century ago. Machu Picchu is also an achievement because the ascent to the homonymous mountain on which the ancient Inca city is located is no small feat. That is why a sunrise seen from up here takes on an even more epic charm. The thousands of tourists who arrive there every year can only taste once what the ancient inhabitants of these houses could admire every day.

The sun comes from the East, and on the Asian continent, there is no shortage of fascinating places that the first morning rays can embrace. In an arduous undertaking to decree the best, we choose one of the seven wonders of nature and a Unesco World Heritage Site. In Vietnam, Ha Long Bay is a marine constellation of limestone islands, about 3000, which emerge from the ocean as imposing monoliths, most of them covered with dense vegetation. A boat tour among the colossal rocks is even more magical if conducted at the first light of the morning.

This one is much more famous for its sunsets than for its sunrises! But does that even make a difference on an island where night mixes with the day? The Cafe del Mar beach is always there, waiting for the thousands of visitors to enjoy the cocktails and the chillout music that has traveled the world from the Ibiza shores. Want a different show? After a crazy night, put your headphones on, lie down and wait for dawn to break so you can drift off to sleep as the first rays of sunlight hit your face. After all, this is also the sensuality of Ibiza. 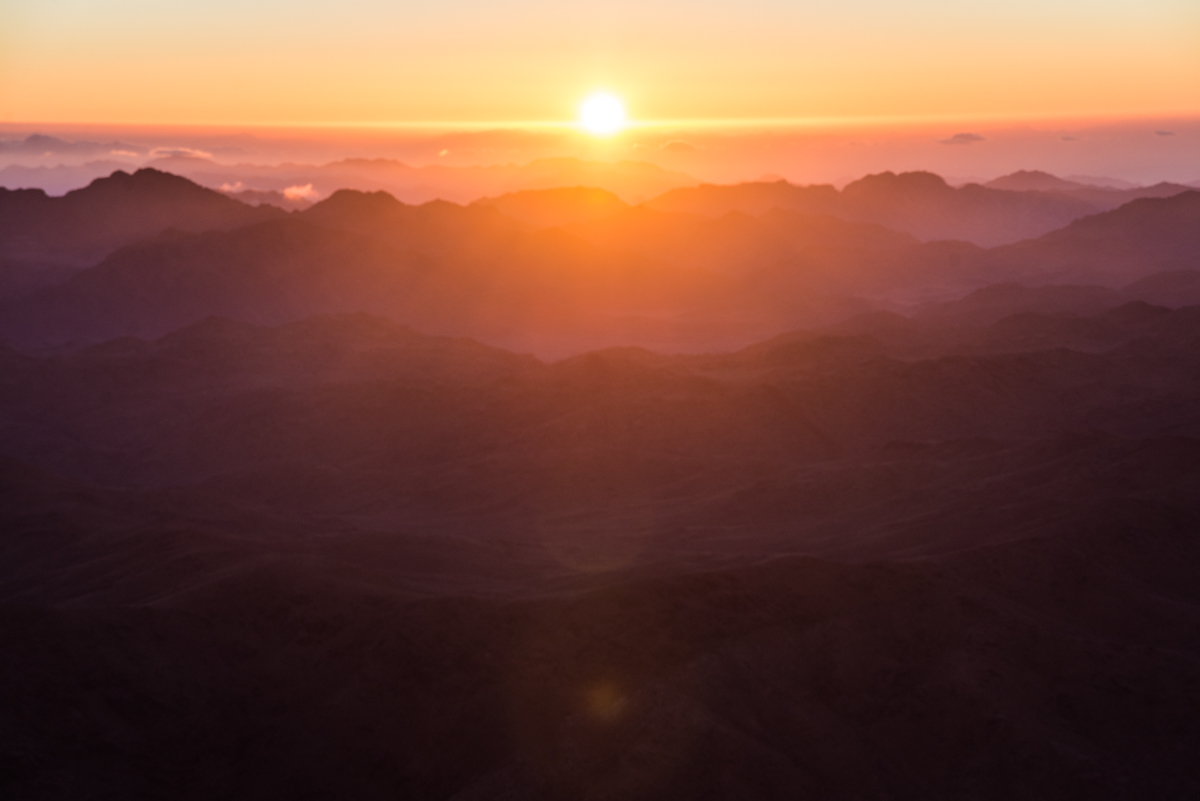 Moses went up there awaiting the Lord’s word and went down there with the commanders’ famous tables in his hand. Today, tourists go up Mount Sinai with a more prosaic but no less spiritual intent. Given the legendary aura surrounding this place, the sight of the dawn here can genuinely have a divine touch. On the other hand, it’s unnecessary to be a believer to appreciate the beauty of creation. 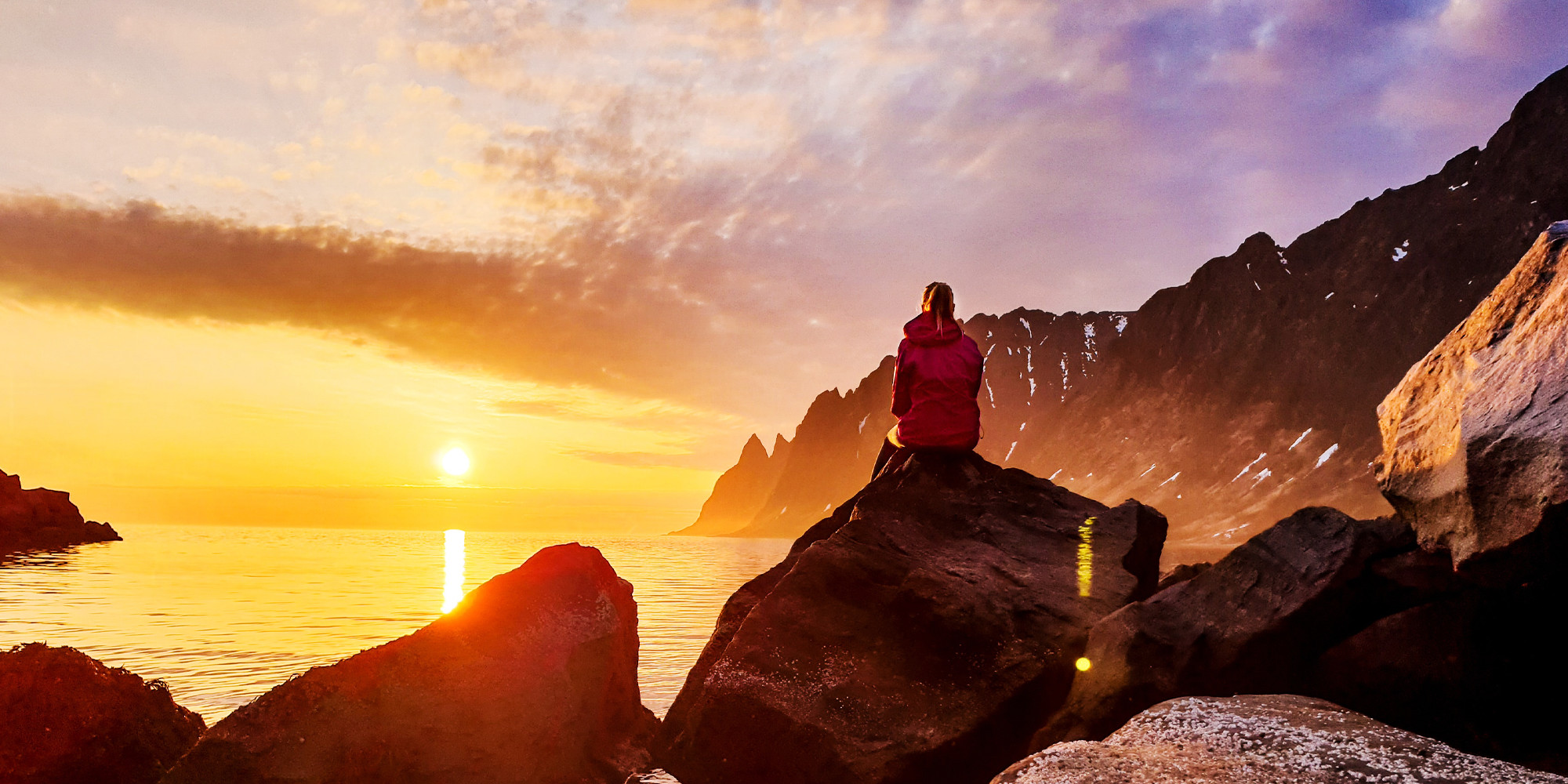 When nature itself plays tricks on us and gets our biorhythms high, we can do nothing but keep quiet and enjoy in silence. The midnight sun is the Arctic Circle phenomenon: the closer you get to the north end of the globe, the more the difference between day and night vanishes. The sun can remain in the sky to continually illuminate the days, even for several months of the year. The numerous tourists who go to the North Cape in Norway, the furthest northern point of continental Europe, are well aware of this to be bewitched by the alienating spectacle. Others choose the Lofoten Islands, still others Iceland. And the question that everyone asks is: when is sunrise and when is sunset? You decide it doesn’t matter. Even reaching one of the most remote islands on Earth is an undertaking that is not affordable for everyone. Being able to see the sunrise also adds its weight. Especially if in the shadow of the Mohai, the stone colossi erected by the ancient inhabitants of Rapa Nui. Another mystery still unsolved, but under the eyes of all, undeniable in its magnificence. It is not known whether to be more struck by these figures’ arcane charisma or by the fact that they make us silent company, also facing the horizon where the sun is born. 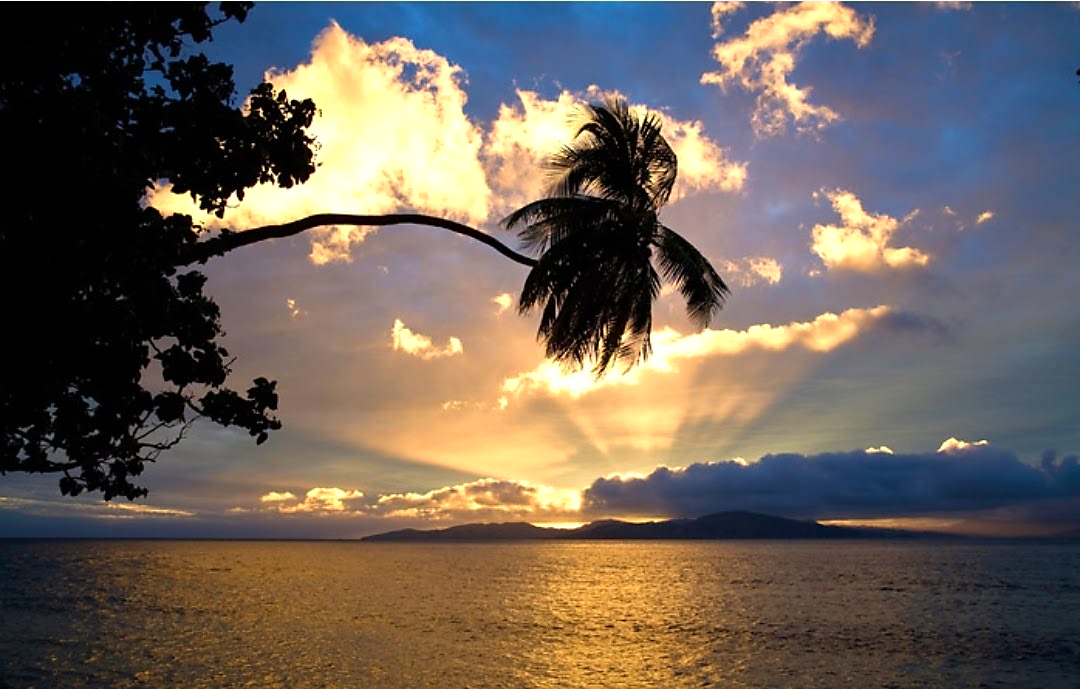 Be the first to see the sunrise in Fiji! Dive into the Greenwich meridian; Fiji is one of the first places in the world where you can see the sunrise. The magnificent island of Taveuni in Fiji is famous for its breathtaking sunrises that you cannot miss! Enjoy the tropical forests, and desert beaches as the sun’s red hues fade with daylight and dive underwater to see the reefs’ pink coral. 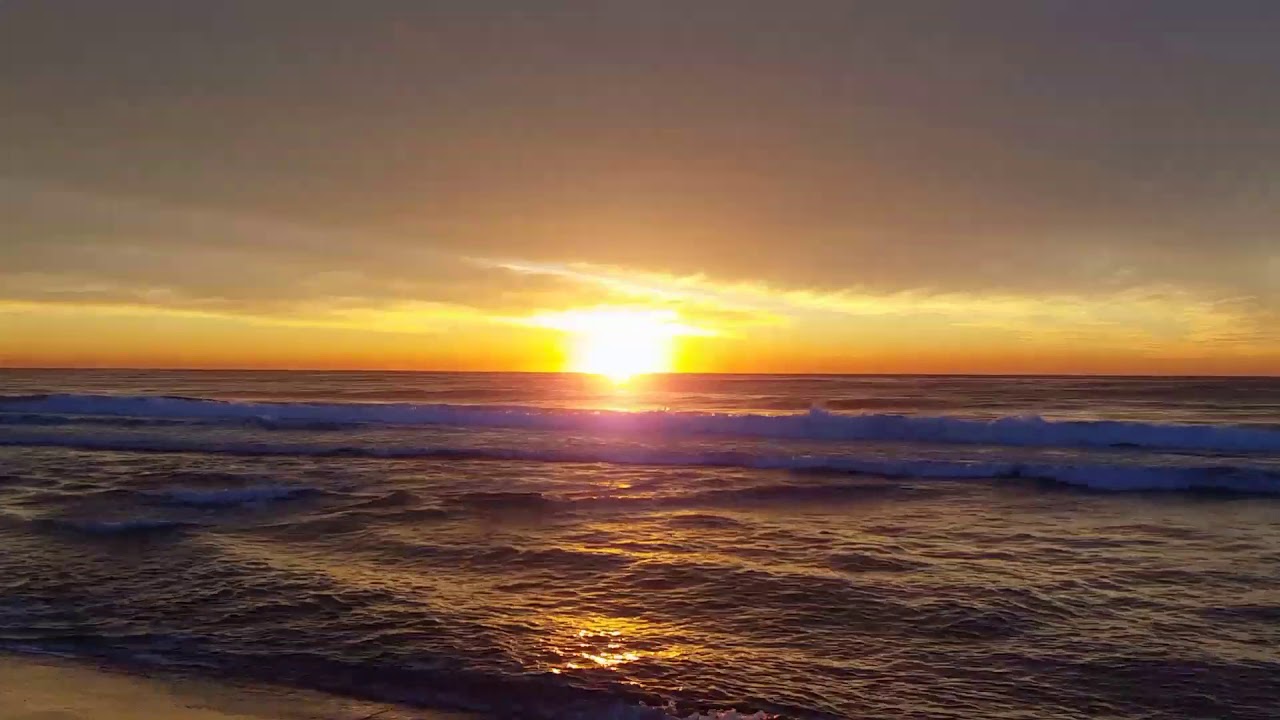 There’s a place in the world where you can see the sunrise in the new year before everyone else. It is called Caroline Island, a small island in the Kiribati archipelago in Micronesia, in the South Pacific. The island is uninhabited, populated only by lush tropical vegetation with annexed birdlife. But every New Year, small groups of travelers who have managed to go to this remote corner of the ocean reach it by boat to witness the first dawn of the year. The crowd was even more pumped up during the 2000 year celebrations, so much so that this island took Millennium Island’s name. Indeed after seeing the sunrise in a place like this, any other will no longer have the same meaning.

Why sleep when you can see such a show? Dawn is the gift that the sun offers us every day. Even more impressive when viewed from one of these places on Earth! So, where would you go? And where would you recommend us to go?