Looking for a perfect retreat to escape to? Want to surrender yourself to nature? How about some mountainous adventures or a few jaw-dropping hikes in Arizona? It isn’t just the stories when guns and gold

Looking for a perfect retreat to escape to? Want to surrender yourself to nature?

How about some mountainous adventures or a few jaw-dropping hikes in Arizona?

It isn’t just the stories when guns and gold used to rule this desert state that makes it a really cool place to visit. From historical towns that feel like a trip to the past to laid-back places famous for their reflection of arcology, I promise Arizona has much more to offer than a hellish summer heat.

Arizona has two major cities, both riddled with charming stories about cowboys and adventures.

Arizona’s capital and largest city were named for the mythical bird, the Phoenix. It stands on the site of ancient Indian ruins, where the Hohokam Indians built a canal system and carried on irrigated farming long before the time of Columbus. Part of this ancient canal system is in use today. Phoenix became the territorial capital in 1889 and the state capital in 1912. Today it is the center of agriculture, industry, commerce and tourism in the state. It has two colleges and numerous parks, botanical gardens and museums.

Step in Phoenix and you’ll experience an outdoor adventure like never before. 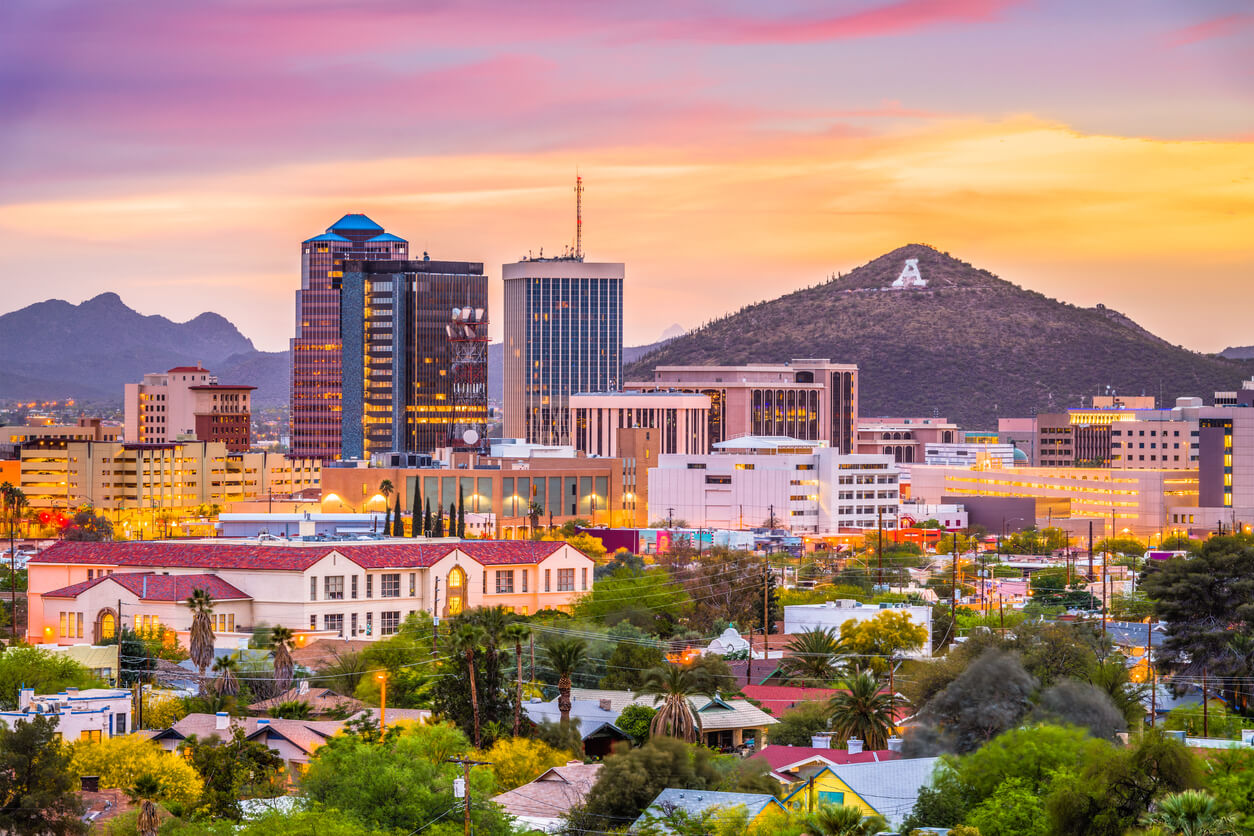 The second largest city is located on the Santa Cruz River in the south central part of the state. The name Tucson is a corruption of a Pima Indian word, Stjukshon, meaning “foot of the black hill.” The community was begun by the Spanish about the year 1700. From 1867 to 1877 Tucson was the territorial capital. It grew rapidly after the building of the Southern Pacific Railroad and the development of mining, ranching and irrigated agriculture in the 1880’s. By 1809 it was a university town and the center of local trade. Tucson is the gateway to an area of varied attractions such as Saguaro National Monument, Coronado National Forest and Mission San Xavier del Bac. 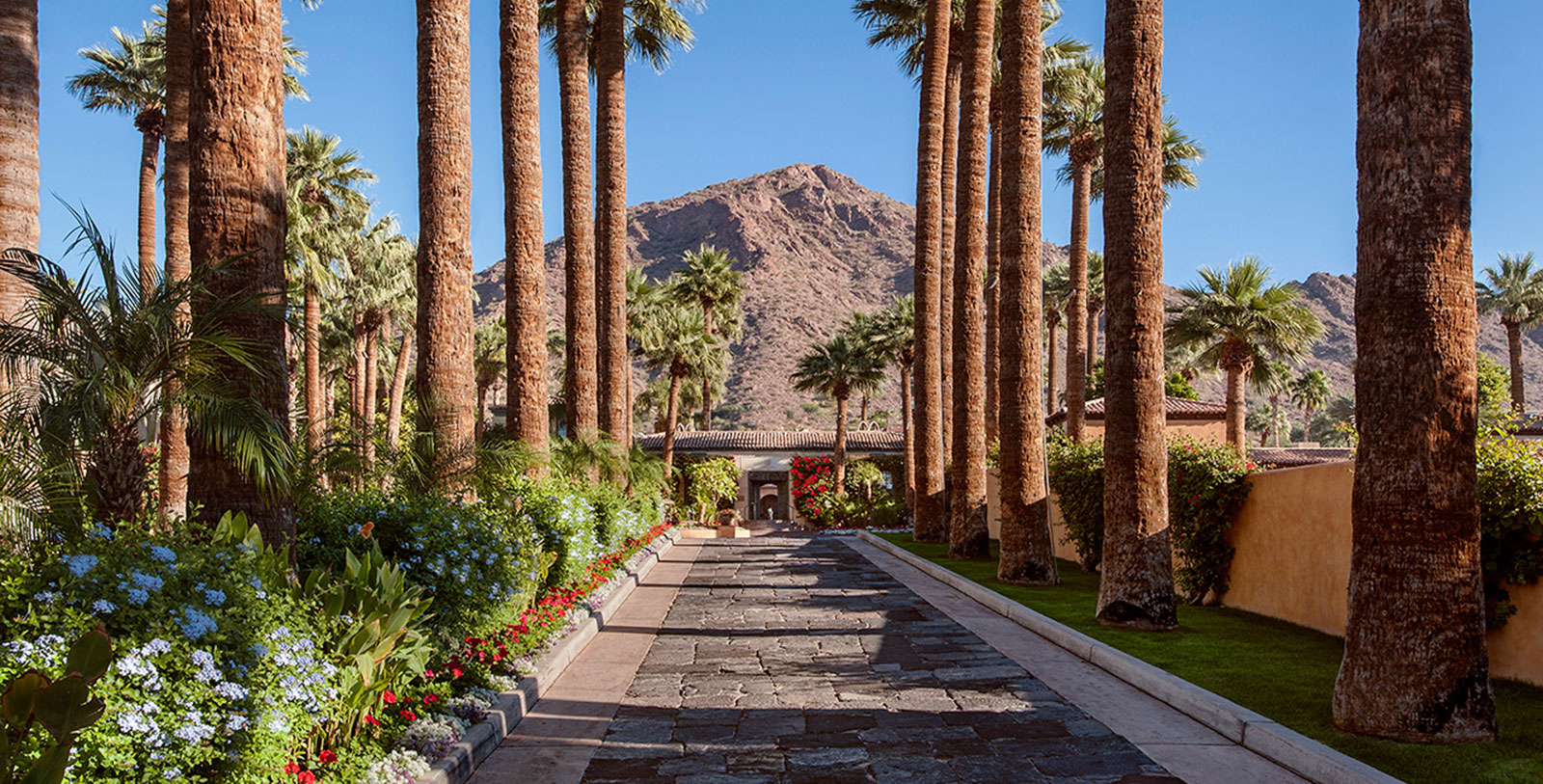 Scottsdale, near Phoenix, increased its population by almost seven times in the 1960’s. Scottsdale calls itself “The West’s Most Western Town” ; which explains why only western-type construction is allowed in the downtown area.

But, trust me, there’s no more vibrant vacation city in Arizona than Scottsdale.

Mesa, 15 miles ahead of Phoenix, was founded by Mormons in 1878. It is a winter resort and the center of a rich agricultural area. There’s no doubt; you’ll enjoy this boundless destination surrounded by the natural desert beauty.

Tempe, on the Salt River 9 miles east of Phoenix, was known as Hayden’s Ferry when it was founded in 1872 by Charles Trumbull Hayden, father of former U.S Senator Carl Hayden. It is the home of Arizona State University and also one of the best places to relax, dine, shop and enjoy lavish Tempe cultural events.

Yuma, on the Colorado River in the southwestern part of the state, is a port of entry into California. Since the development of the Yuma irrigation project, it has become the center of a rich agricultural district.

Yuma is where true Southwest awaits you. You’ll be immersing yourself in rich culture and heritage and living centuries of pure history.

Flagstaff is located just south of the San Francisco Peaks near the southern edge of the Colorado Plateau. Beautiful mountain scenery, pine forests and cool temperatures are the natural resources that have made Flagstaff a favored tourist and recreation center for northern Arizona. It is a regional trade center, the location of a lumber industry and the home of Arizona State College. Lowell Observatory, near Flagstaff, is the observatory from which the planet Pluto was discovered in 1930.

Great adventures await you in this thriving, little mountain city.

Glendale, 8 miles northwest of Phoenix, is the center of an agricultural area. Nearby are Luke Air Force Base, the U.S Naval Air Facility and the American Institute for Foreign Trade.

You’ll be in for a huge surprise at the dazzling display of eateries, specialty shops and entertainment that Glendale can offer.

Prescott is the seat of Yavapai County, in west central Arizona. At two different times, 1864-67 and 1877-89, it was the territorial capital. During the early 1900’s it was the center of a large mining area. Today, dude ranches, lumber and health resorts are main sources of income.