My grandparents’ home when I was a kid, was half a mile from a beach on Cape Cod. In the still of night, I lay awake to listen to the surf. Sometimes it boomed and

My grandparents’ home when I was a kid, was half a mile from a beach on Cape Cod. In the still of night, I lay awake to listen to the surf. Sometimes it boomed and sometimes it roared. Sometimes I heard the clang of the bell buoy off the mouth of the Cape Cod Canal. But, there were times when the wind blew hard and raised plenty of waves to swing its four great clappers, it was silent. And when the fog swept in from the sea and the long wail of the foghorn filled the night, I used to listen to its echoes.

Since my shoreside childhood, I have explored and admired hundreds of beaches and I have learned that they vary a good deal. They have different sand, different water, waves and wind, different smells, different dunes and marshes behind them, different living things in the water, land and air. Some of the differences are subtle and some spectacular.

This blog series will attempt to describe all the beaches I have seen – from Cape Cod in Massachusetts to Cape Lookout in North Carolina. 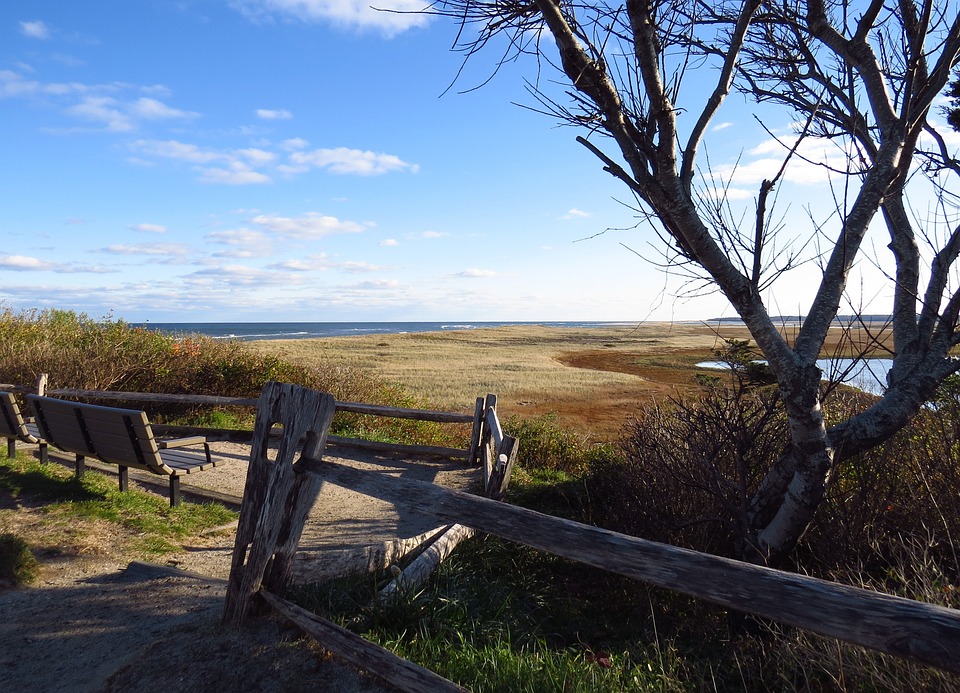 North of Cape Cod, the coast is increasingly rock-bound and most of the beaches are narrow, like webs of skin between stony fingers of the land.

South of Cape Lookout, the beaches are usually wide and flat, with very fine, firmly packed sand and with waves breaking far out. Some of these beaches lie on the seaward side of large, low islands that are the common delta of several big rivers washing down from the upland. Behind them are narrow inlets and wide salt marshes that gradually change to fresh-water swamps. This is alligator and water-moccasin country, palmetto country, the country of great gnarled live oaks with gray beards of Spanish moss swaying from their limbs. It is a foreign coast to me, to be honest, and I leave it for others to describe.

The straight-line distance from Provincetown on the tip of Cape Cod to Cape Lookout is 625 miles. The actual length of the shoreline would be hard to measure because some of it includes river and creek bank, but it is many times (perhaps 10 times) longer. By no means all of this coastal strip is wilderness. On Long Island, for instance, the coast is only relatively untouched and long stretches of the New Jersey shore are wild no more. But where the sea and land have been left pretty much alone to contend with each other in their inexorable, time-honored ways, the character of the coast is enormously varied. It ranges from placid coves where children hunting for shells in the shallows can dabble safely and the muddy sand is pretty much alive with fiddler crabs and other charming creatures to surf-beaten outer beaches where the great untamed ocean rules all things – Woah, kinda poetic, right? 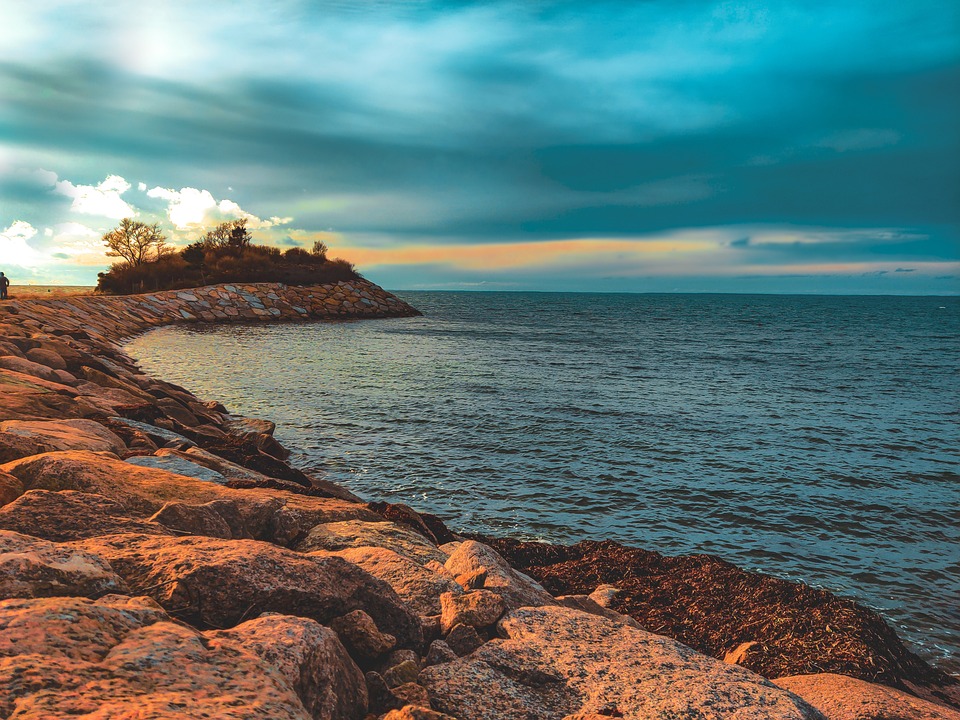 In parts of New Jersey, the cottages sometimes stand in ranks as many as 20 deep. The dunes are leveled; the beach grass is gone. The beach itself, which is no one’s responsibility, is unfortunately sometimes littered with beer cans, papers and garbage. (No doubt the people who spend vacations there are happy after their fashion, but the cottages do not last long.) However, I remember there is a New England beach that has is perfectly clean – as clean as when the Indians owned it.

By great good fortune, many of the best beaches along the Atlantic seaboard were not easily accessible until recently. Some were on islands, others on peninsulas whose poor roads made them hard to reach from centers of population. They remained undeveloped long enough for some branch of government to step in and keep them from becoming seaside slums.

To explore more about Atlantic beaches, come back for part 2!