When you think of French châteaux, Versailles or the Loire Valley are perhaps the first places to mind. Alsace may not come to mind at first, but this lovely region in north-eastern France is home

When you think of French châteaux, Versailles or the Loire Valley are perhaps the first places to mind. Alsace may not come to mind at first, but this lovely region in north-eastern France is home to many fine castles, almost all of which are situated in breath-taking settings. Continue reading to learn about 10 of the top châteaux and castles in Alsace that you must see the next time you visit this beautiful region of France.

An Overview of the History of Castles in Alsace 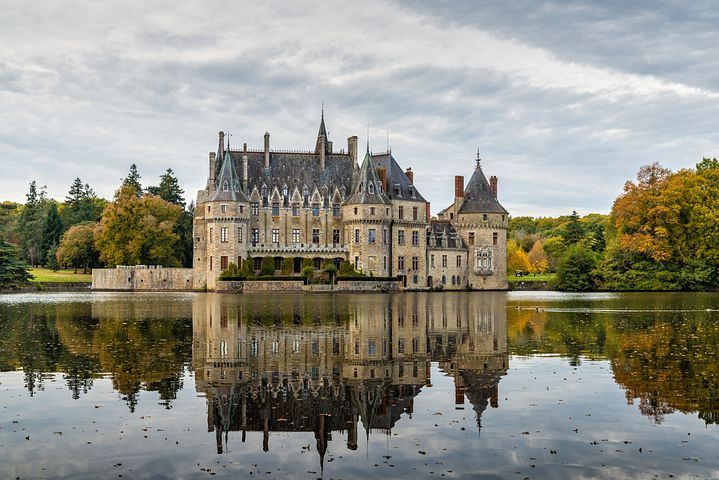 Alsace has a long and bloody history of wars and conflicts, as any school history book will tell you. The territory, which lies on the boundary between France and Germany, has been a source of contention for generations.

Not just because of its strategic location but also because it has always been an important crossroads for trade routes involving wine and salt, dating back to Roman times.

Alsace has a plethora of castles, which is unsurprising given its geographical position. Most are perched atop rocky outcroppings or the region’s highest hills, giving them some of the best views of any château in France. Almost wherever you go in Alsace, you’ll come across a castle or two, the most of which are in ruins but command spectacular views of the landscape.

What if I told you that the words ‘hoh’ or ‘haut’ appear in the names of several châteaux and castles in Alsace. Its name, ‘high,’ relates to its elevated position above the Alsatian plain.

One of the highest viewing sites in the Sauer Valley, our first choice for must-see castles in Alsace. Fleckenstein Castle is at the height of 338 meters. Built-in the 12th century as an impenetrable castle, it withstood attacks and sieges until 1680, when French forces reduced it to ruins. However, self-guided and guided tours of the square tower and its chambers are still available.

Don’t miss the Castle of Challenges, an indoor and medieval outdoor experience for the whole family in Alsace.

The first real château on our list is located in Orschwiller, one of France’s most visited sites. The medieval stronghold was completely reconstructed in the early twentieth century by Kaiser Wilhelm II to commemorate the restoration of Alsace to Germany. Visitors may expect to see stunning fairy tale castles, Renaissance halls, and paintings, as well as panoramic vistas that extend as far as the Alps on clear days.

The medieval gardens, renovated in 2001 to be a true portrayal of how they would have appeared when the castle was initially built, are a must-see. Between June and September, you’ll find them at their best.

This Alsace castle, as its name suggests, rises tall. Hohlandsbourg Castle is Alsace’s biggest defensive castle, perched on a 620-meter mountain ridge. Although the castle site goes back to the Bronze Age, it was erected in the 13th century as the residence of the Lords of Habsburg. 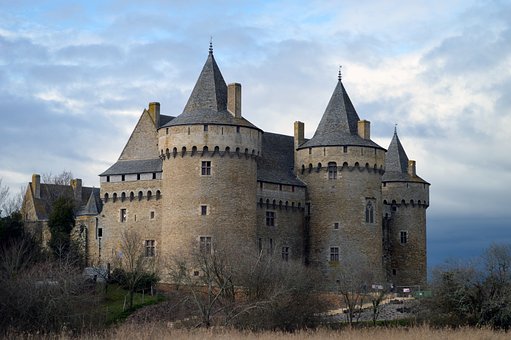 With this gorgeous palace in the centre of the region’s metropolis, Strasbourg, we now move to real French-style châteaux in Alsace.

Built between 1732 and 1741, the palace’s architecture is among the best in the region. It still houses the region’s cardinals’ opulent rooms and an extraordinary library, and Napoleon’s bedroom.

The three museums housed within this Alsatian château are not to be missed. The Archaeology Museum, the Museum of Fine Arts, and the Museum of Decorative Arts are all interesting places.

This castle, perched above the town of Lichtenberg, is one of Alsace’s most remarkable structures. It was erected by the Lichtenberg, one of the most important houses in the region, in the early 13th century.

It has been completely rebuilt and remodeled since then, and it now features some remarkable modern embellishments that may surprise you. Should future generations disagree with the early twenty-first-century take on traditional Alsace castles, the contemporary embellishments are simply uninstalled.

The year-round roster of activities, including temporary exhibitions and performances, is not to be missed. Let us know in the comments if you want to read more about France and the castles…