Do you want to enter the history of the West but are not a cowboy with a horse? No worries, you can do so through its mural arts! Located in Wyoming grows its local economy

Do you want to enter the history of the West but are not a cowboy with a horse? No worries, you can do so through its mural arts! Located in Wyoming grows its local economy and tourism thanks to its beautiful culture. So just stroll along Main Street to admire works of art in the open. The bronze sculptures of Grinnell Plaza and the Street Art with its colorful murals in the streets of Sheridan will introduce you to the history of the West of this frontier city. Want to discover street art and murals in Sheridan, Wyoming? Then keep reading this article.

Street Art and Murals in Sheridan, Wyoming: How It Started?

Sheridan’s luck is to have a downtown rich in history. In fact, along Main Street and its surroundings, 70 buildings are still well preserved on the American Register of Historic Buildings. These include the WYO Theater, the Sheridan Inn, not to mention the numerous art galleries and museums. But you know, Americans have a keen sense of business and, when this is associated with culture and art, it really is the top. The first project to disseminate the arts in the city center of Sheridan dates back to 1992. From then on, the Public Arts Council undertook to select works by artists to exhibit downtown. And here is where street art and colorful murals have flourished in Sheridan. What moves modern patronage in Sheridan is the belief that art is an expression of the identity of an entire community. The history of the West has never ended, and art, in all its forms, continues to tell us about it. 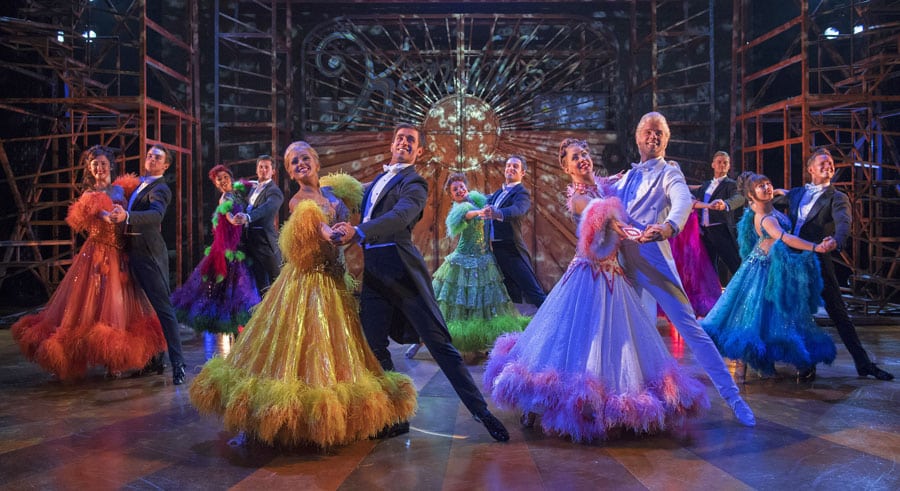 The dream of making Sheridan an important artistic and cultural center is now a reality. Each year Celebrate the Arts exhibits the works of prominent artists throughout the city center. But what is even more significant is that the entire community is totally immersed in art for five days, experiencing how the arts can improve our lives.

The Colorful Murals and Sheridan’s Story

Many colorful murals make us enter the history of the West, from those in Brooks street on the Warehouse building in Carroll to those on Main street.

Street Art Is Murals to Sheridan in Wyoming: The Bronze Sculptures of Main Street

From the adventures of cowboys and early pioneers to the introduction of the pony express, many events have marked Sheridan’s history will open before your eyes, through the bronze statues or the colorful murals. Today, about a hundred bronze sculptures are permanently exhibited in the center of Sheridan.

All you have to do is walk down Main Street and its Grinnel Plaza and let yourself be attracted by these works of art that tell us the history of the West and the American frontier. Here I point out the ones that particularly impressed me:

The Dance by James Muir

The unknown has always been full of dangers, even if full of charm. Life for the pioneers and explorers of the West was tough indeed. But some moments and situations could sweeten the difficult frontier life. One of these is marriage. With his work “The Dance, “James Muir wanted to crystallize a happy moment of a married couple from the West. Here they are then, the two young lovers dancing on the wheel of life where Muir has engraved words still alive today:

“Marriage is a journey of love, where two depart and arrive as one.”

The life-size bronze statue of Bozeman’s Scout represents the explorers who first cleared the way to the uncharted territories of the West. The scout’s clothing is a bit European and a bit like that of the Native Americans and introduces us to a little-known aspect of the history of the West. Since the territories of the West were primarily unknown to whites, valid support for hitting the right tracks was that of the Indians. Who better than them could indicate how to move in a Far West with boundless horizons? The Bozeman Scout gave the track its name, which allowed prospectors to beat the vast prairies between Wyoming and Montana, reaching as far as Virginia city and its gold mines.

A Curiosity: Eisenach reproduces several copies, so it is possible to buy one for the modest sum of 85,000 dollars. Eh, go ahead and understand the art market!

The Music for the Native Americans had and has supernatural power. In fact, a sacred song becomes prayer and can cure diseases and even change the course of events. If you are listening, you will be able to catch the sweet notes of the flute played by the Indian in his Evening song by Peter Fillerup.

And do you love to discover art in your travels and street art in particular?