Stand a moment to contemplate the sublime and beautiful scene before you… of native fertility and barren magnificence.   Say “Ozarks” and most people think of feuding hillbillies and clandestine stills, barefoot children and potatoes

Stand a moment to contemplate the sublime and beautiful scene before you… of native fertility and barren magnificence.

Say “Ozarks” and most people think of feuding hillbillies and clandestine stills, barefoot children and potatoes planted in the dark of the moon. Ozarkers have themselves to blame for their region’s notoriety as a backward land; native chroniclers have built careers on its passing folkways, congealing them into cliché and fostering a tradition of condescension that is both misleading and damaging. It makes the Ozarks seem merely a quaint outcropping of the culture of Appalachia and it forces the remarkable Ozark landscape to retreat behind a fictional screen of tumble-down cabins and leaning outhouses embellished with leering crescent moons.

However, it’s no big secret than behind that legendary façade is a very special place: a wilderness intact in the middle of the continent where all around it are farm and town and industry; the only extensive elevated area between the Appalachians and the Rockies; a fair land that has kept its essential wilderness despite three centuries of attempts to tame it for man’s use.

The Beauty Of Ozarks 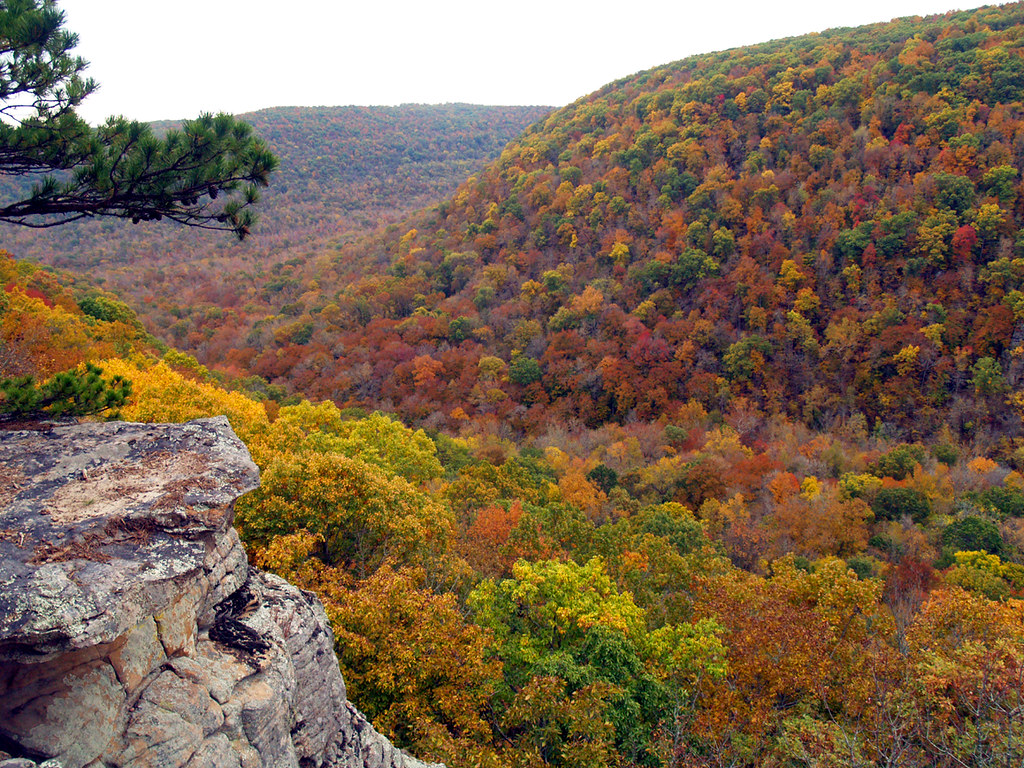 Walking down a cool Ozark hollow on a hot summer day, before swimming in a clear Ozark river, before climbing over a miniature Manhattan skyline of broken rhyolite columns at the top of an Ozark mountain… you’d wish you had known earlier that there are places in the Ozarks that rival in beauty, if not often in scale, the most celebrated wilderness retreats in America.

Actually, in the Ozarks, the hills are called mountains and I suppose that a few of them might almost deserve the name – but only if the look of real mountains has slipped your mind. The highest point in the Missouri Ozarks, Taum Sauk Mountain, rises just 1,772 feet above sea level and the highest point in the Arkansas Ozarks, in the Boston Mountains, rises to only 2, 578 feet. Nor do the mountains of the Ozarks demonstrate the many different life zones of true mountains. Sometimes in rocky places where the sun is hot and the soil is thin, one can find a glade in the forest that hosts a miniature prairie. or perhaps, a northward-facing bluff cooled by the seeping or a spring shelters the cascading fern falls of a more northerly clime. But generally an undistinguished forest of oak, maple, hickory and pine covers all. On the other hand, no plain hills ought to be so steep nor so shot through with remarkable caves nor so flush with even more remarkable crystal springs, some of them boiling out hundreds of millions of gallons of pure cold water every day. If the Ozarks are less than mountains, they are certainly more than hills and heavens. 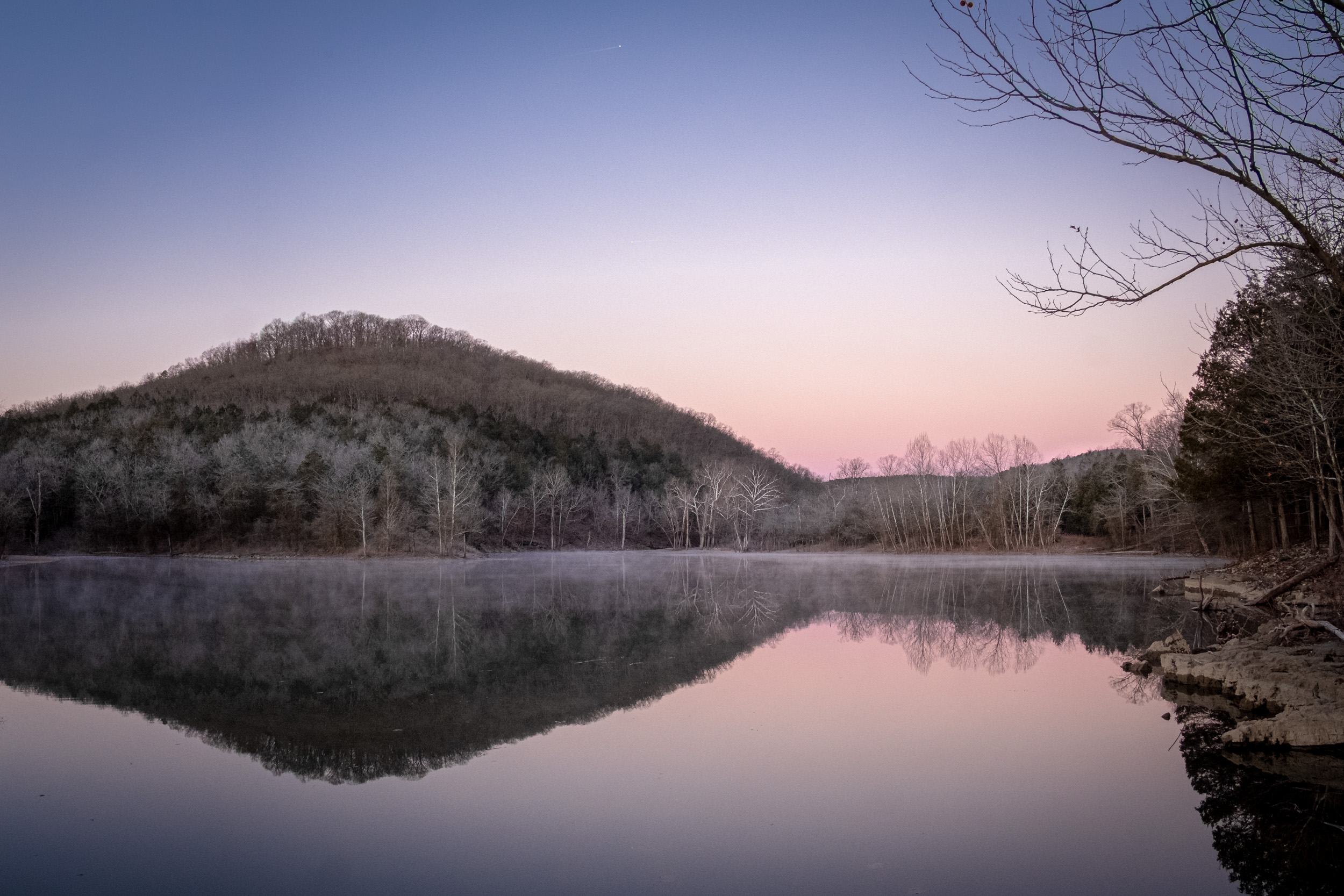 The entire region, all 55, 000 square miles of it, is a land tortuously dissected into precipitous ridges and shadowy hollows cut through by entrenched rivers carving out the bedrock. Unless you are a geologist, you aren’t likely to guess the Ozarks’ secret, though even an untrained eye will quickly notice that most of the hills are roughly level with one another at the top. The secret of the unmountainous Ozark mountains is that the region, though it was uplifted, was never subjected to the violent, distorting upheavals that more truly mountainous places endured. Its hills were not thrust up but carved down – the remains of layers of once-continuous sedimentary rocks that were dissected by the rivers and creeks that drained the area. These rocks had been deposited on the bottom of the vast inland seas that covered the Ozarks during the Paleozoic era and were then exposed when the seas withdrew. And so the structure of the Ozark hills is mostly horizontal rock, sandstone and limestone laid down in layers; as the drivers ran across the rocks seeking sea level, they wandered in loops, deepening their valleys – hence the meandering course of many Ozark streams.