Luxembourg is one of the wealthiest countries in the world and thus has much to offer. In addition, its hilly terrain and historic castles create a fairy-tale atmosphere. Wine lovers can also indulge in Luxembourg.

Luxembourg is one of the wealthiest countries in the world and thus has much to offer. In addition, its hilly terrain and historic castles create a fairy-tale atmosphere. Wine lovers can also indulge in Luxembourg. Here are some of the most beautiful sights not to miss during your trip there!

Here you can stroll through the old streets and pass by interesting buildings. One of the highlights is the Luxembourg Cathedral, a late Gothic church dating from the 16th century featuring beautiful stained glass windows. The Neumünster Abbey, the Granducal Palace, and the shopping street Grandrieu are also worth visiting.

Route du Vin is located on the border between Germany and Luxembourg. This wine route along the Moselle is a beautiful route through the rolling hills of the Moselle region. Completely dominated by Limburg wine, the path is about 36 km long. It begins at the confluence of the Süle and Mosel rivers and passes through several wine-growing villages, including the towns of Grevenmacher and Remich. Along the way, you can stop at several vineyards and tourist points of interest. You can also walk through the vineyards and enjoy the beautiful scenery.

The most famous castle in Luxembourg is Vianden Castle. This castle was built between the 11th and 14th centuries on the ruins of an ancient Roman building. Over the years, the various rooms of this impressive building were restored. Today, the castle is open for tours. Visitors can admire the different rooms decorated with antique armor, weapons, and objects inside the castle. A tour of the castle is also highly recommended. From Vanden Castle, you will have a breathtaking view of the city.

The village of Larochette is a small village in a wooded valley in the Müllerthal Natural Park. It is a lovely town for walking. The old town is characterized by two imposing castles, the Château de Larochette and the Château de Meysambourg. La Rochette Castle was built in the 11th century and has had a tumultuous history; in the 16th century, the castle was destroyed by a great fire. The castle then fell into disrepair and became state property in 1979. The castle has since been restored and now stands in a beautiful setting overlooking the city. Meysenbourg Castle is located a short distance from the town; it was built in the 11th century in the Neo-Renaissance style. Unfortunately, the castle is privately owned and cannot be visited.

Luxembourg has many beautiful castles and fortresses. Among the many castles, Beaufort Castle is a must-see. Located in a small town in the Mullater Nature Reserve, the castle was built in the 11th century and enlarged over the years. Since 1981, the state has owned the castle and has undergone extensive restoration. The ruins of the castle are open to the public. Visitors can walk through the various corridors of the old buildings. Take a walk around the castle pond. From the pond, you can admire the beautiful view of the castle. You can also stroll around Beaufort Castle. Near the castle is also a Renaissance castle built in the 17th century. This castle can only be visited with a guide. 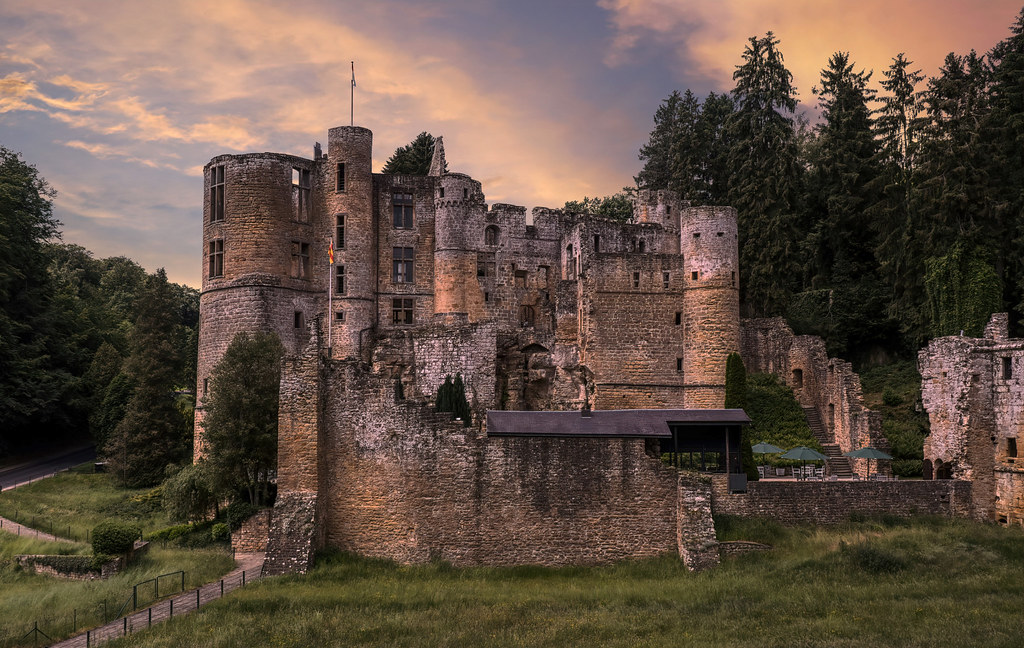 Have you ever been to any of these places? Share your experience with us in the comments below!