Bollywood has been influencing a lot of people for a long time – the way they dress, what they eat and  drink. And, now, Bollywood movies can even influence the places where people travel to.

Bollywood has been influencing a lot of people for a long time – the way they dress, what they eat and  drink. And, now, Bollywood movies can even influence the places where people travel to. If you are a fan of Indian cinema and love traveling, then why don’t you check out the following Bollywood locations?

Any true Bollywood fan would have instantly recognized this famous dialogue from Sanjay Leela Bhansali’s magnum opus. Released in 2015, this breath-taking Indian epic historical romance movie is not only favorite because of its great battle scenes, amazing costumes and epic romance, but also for its ground-breaking dialogues. From Peshwa Bajirao’s style of wielding the sword like a pro to Mastani’s bravery and Kashibai’s unconditional love, the movie has earned huge popularity and numerous fans (along with, of course, loads of accolades).

And, talking about popularity, what do you say about the song “Deewani Mastani” where the brave Mastani danced with so much grace and elegance? And, what if I tell you that you can actually visit the place where this dance took place?

Found in Amer, Rajasthan, India, Amer Fort or Amber Fort, a World Heritage Site, is one of the main shooting locations of “Bajirao Mastani.” Previously built by Raja Man Singh Kachwaha, the Amer Fort is like a pearl on the crown of Jaipur. As the main attraction in Jaipur, the fort is known for its artistic style elements.

The fort is also known as the Amer Palace as it was the original residence of the Rajput Maharajas and their families. History says that Raja Man Singh made 12 rooms as he had 12 queens, one for each queen. (Wow, it seems like these queens were very lucky). Each room had a staircase connected to the king’s room, but the Queens were not to go upstairs (so maybe it was the king himself who went in their rooms to play some hanky-panky with his queens). However, compared to the other king (or rather I would say the playboy king), Raja Jai Singh had only one queen so he built one room equal to three old queen’s chambers.

So, if you want to relieve this epic love saga, you know where to go. 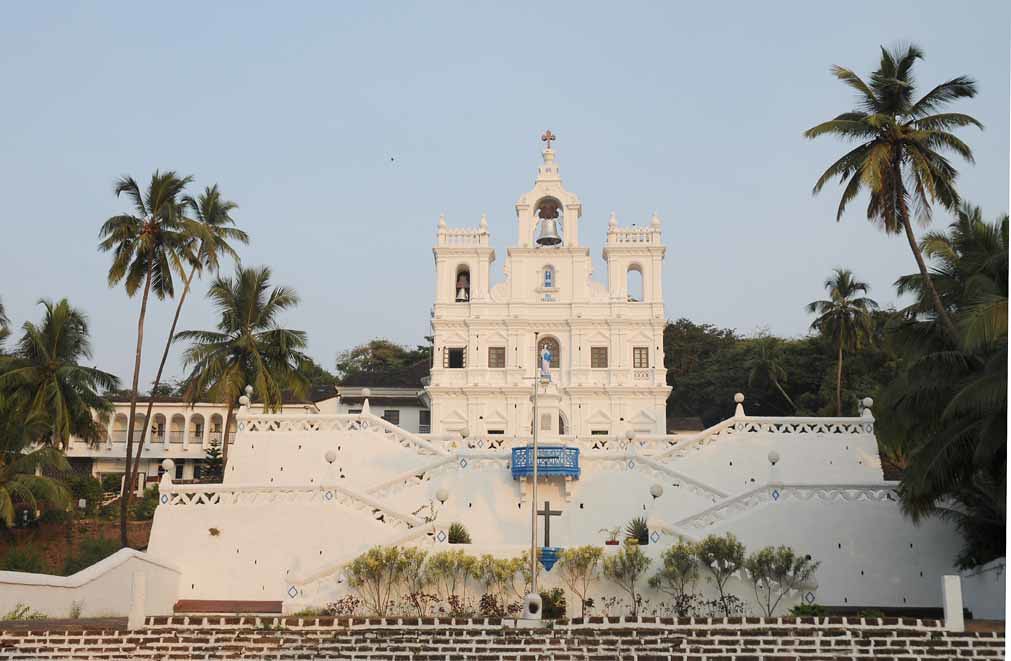 “A person cannot live without his family… he can do anything for them… then it doesn’t matter if the world calls him selfish or egocentric.”

I don’t know for you, but I couldn’t agree more with this dialogue. Family is more than just a group of people related by blood, adoption or marriage that lives under the same roof. Family is an essential institution in an individual’s life (well, at least for me). A child’s first world is that with his family members and it is the family that not only protects and provides the needs of the child, but it also provides the child’s first social contact with the world. But, what’s sad is how often children forget their families (with some even oppressing them).

Now, enough of the emotional talk and let’s move on. If you want a nice movie to watch with your family, there is no better one than Drishyam. This 2015 Indian thriller movie is all about the desperate measures taken by a father in order to save and protect his family from the nasty side of the law after they have accidentally committed a crime.

And, if you watched the movie, then you might remember the name of a place called Panaji. Yes, it is the place where Vijay Salgaonkar took his family on a trip. But, it is also the place where most of the film was shot.

As the capital of Goa, Panaji lies on the banks of the Mandovi River and consists mainly of terraced hills, buildings with balconies and red-tiled roofs, beautiful churches, and a riverside promenade. The colonial architectures and most of the development was undertaken by Portuguese rulers. So, if you are going to travel to Panaji, then don’t forget to taste the traditional Goan cuisine.

Will you travel to these places? Please share your comments below!