In reference to the previous blog about Malaysian cuisine, we reached to the end of the series and we would like to conclude it with some dishes from this amazing country. So here, we present

In reference to the previous blog about Malaysian cuisine, we reached to the end of the series and we would like to conclude it with some dishes from this amazing country. So here, we present you with the most famous and the most underrated food from Malaysia.

If you are an avid traveler and you love the hot and sunny weather, then Malaysia is the place to be! With influences from Indian, Chinese and Malay cuisine, it is sure that there is going to be blend of spices and ingredients. Inspired by the Peranakan Chinese and Indian dishes, Malaysian cuisine is the most flavorful in all of Asia and if you happen to be a lover of curries and spices, then be ready to dive in the rich creamy sauces and strong flavors that will surely take you back to Malaysia.

Let’s start with the most must-try dishes when visiting the country:

Nasi Lemak – Considered as Malaysia’s national dish, Nasi Lemak is rice cooked in coconut milk which is steeped with a pandan leaf. Then the fragrant rice is served with a variety of side dishes and different types of garnishes like fresh cucumber, peanuts, egg, anchovies and pickles. It is commonly eaten at breakfast, but it can be enjoyed at any time of the day. There are many variations on the dish that exists.

Nasi Kandar – A dish that is mildly-seasoned, this steamed rice is an assortment of different curries that was brought in by traders who came from India. Normally, the rice take its flavor from the special wooden container before serving. All the food is typically served on one plate and the side dishes include eggplant, egg and chicken, lamb or seafood. Then the rice is doused with an extra helping of curry sauce for more flavor. 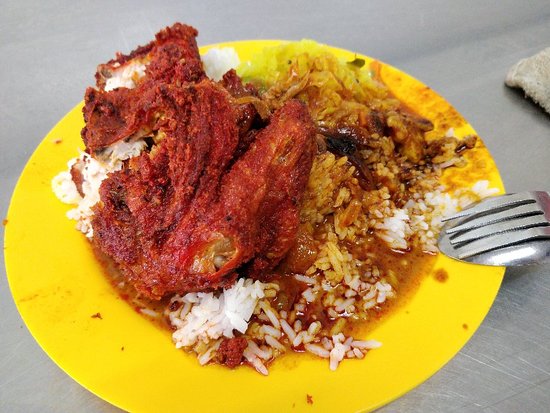 Fish Head Curry – This local dish is found in both Malaysia and Singapore with roots from Indian and Chinese cuisines. The head of the snapper is stewed along with hearty vegetables in curry and it is served with either rice or Malaysian-Indian flatbreads like roti canai or roti prata. Fish heads are considered as delicacy to the Chinese, and this belief has increased the popularity of the dish.

Mee Goreng – Translated to ‘fried noodles’, these are found everywhere in Malaysia, whether it is from a cheap street or a mall food court, mee goreng is a simple dish that consists of thin, chewy egg noodles that are stir-friend with oil and seasoning like garlic and onion and other vegetables and meats. The popular add ons to this dish are cabbage and shrimp.

The underrated dishes from the Malaysian cuisines are:

Hokkien Mee – This fried hokkien mee has a cult following in Kuala Lumpur, the thick of yellow noodles braised in thick dark soy sauce with pork, squid, fish-cake and cabbage as the main ingredients and cubes of crispy fried lard. 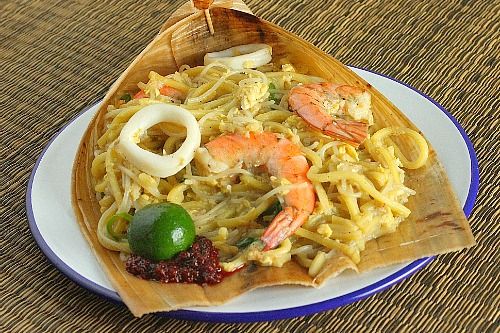 Apam balik – This Malaysian delicacy does not yet have the worldwide recognition it deserves, but the taste of the food will take your taste buds to a whirlwind. It’s a pancake that’s packed tortilla style with just the right mix of sugar, peanuts and corn.

Ayam Percik – This is a Malaysian staple consisting of barbecued chicken covered with coconut milk, hot bell pepper and garlic. Don’t be surprised by the long lines of hungry customers waiting to be served. Join the lines and you’ll soon discover why Ayam Percik is so popular.

Kuih – This is a pastry dish made in the Malaysian style. They are small sugary bites that will hook you from the first time you try them. The only drawback is that it is ridiculously small.

Charsiew Rice – Charsiew literally means “to burn with a fork”, where long, magnificent strips of seasoned boneless pork fat are threaded with long forks and placed in a covered oven or over a fire. The meat, typically a cut shoulder is seasoned with a mixture of honey, five-spice powder, fermented tofu, dark soy sauce and possibly hoisin sauce. The melted sugar plus seasoning will cause the outer layer of the meat to turn dark red, not unlike American barbecues. Sometimes a layer of sugar is used instead of honey to give the char siu its characteristic glossy glaze.