On the shores of a lake, a few kilometers from the Mediterranean Sea, lies the sprawling city of Tunis (Capital of Tunisia). It is a place where you can immerse yourself in its rich history.

On the shores of a lake, a few kilometers from the Mediterranean Sea, lies the sprawling city of Tunis (Capital of Tunisia). It is a place where you can immerse yourself in its rich history. Tunis has often been the scene of important historical events over the past centuries, and you can feel that history as you walk the streets. You will also notice that the people of this city are rightfully proud of being old yet modern. Here are some must-see places during your trip there!

One of the most photogenic places in Tunisia is undoubtedly Sidi Bou Said, a village north of the capital Tunis. The blue and white houses have a Greek feel, but this is North Africa. Many of the doors are decorated with fish or Fatima’s hands, a sign of good luck, prosperity, and protection from evil. Sidi Bou Said is not large, but an hour or two would be enough time to explore without getting bored.

The main attraction in Sidi Bou Said is the Dar Ennezima Ezzahra (“Shining Star”) Palace Museum, with a mix of modernist and traditional architecture, houses, ornate furniture and an internationally renowned collection of traditional musical instruments.

Another must-see in Tunis is the Bardo Museum, housed in an imposing palace built between 1228 and 1574 during the Hafsiden dynasty. The masterpieces here are rare Roman mosaics that evoke the daily life of ancient North Africa. The Ottoman Empire expanded this facility in the 18th century. Recently, additional exhibition space was added, doubling the museum’s size. IS terrorists carried out an attack there in 2015, but everything has been restored to its original state. 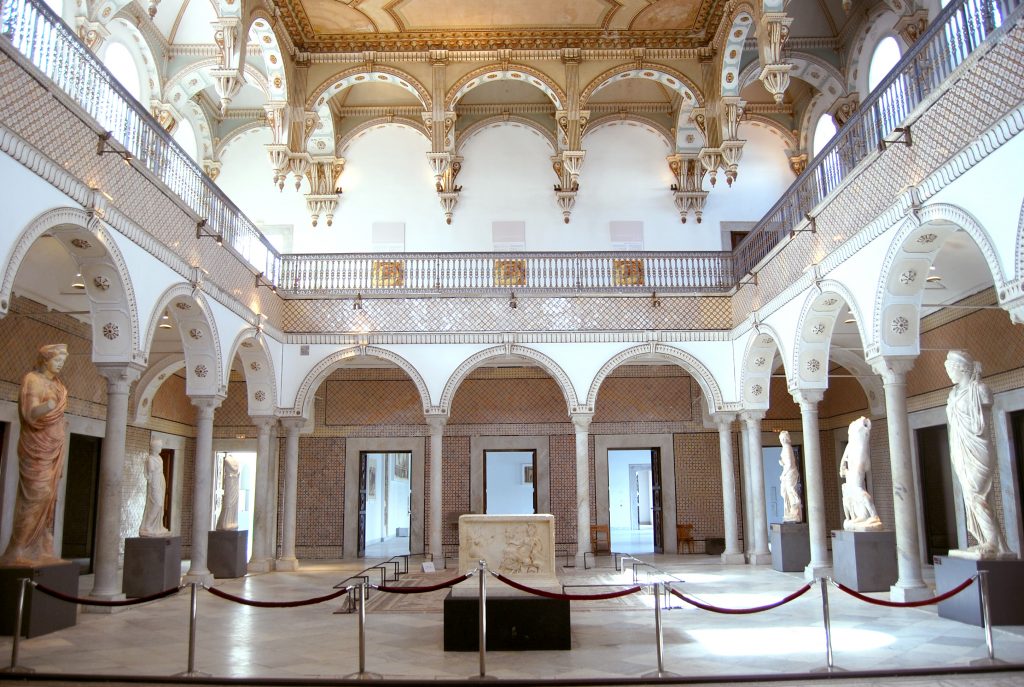 Chenini is located in the southern part of Tunisia. Its name refers to both the modern and ancient cities on the hill. This advantageous and elevated position allowed it to defend itself from outside attacks successfully. Although hardly anyone lives there anymore, many people use the old cave houses for grain storage and other purposes. The white mosque on the town’s highest point stands out beautifully against the orange rock, and one can also see the surrounding area.

A visit to Tunisia is a must to the Sahara Desert. Dozens of colors of orange, far from civilization, far from internet life, far from everything. It is a place with nothing to see, but where you don’t want to leave!

The Ksar Gilan Oasis is the perfect base to explore the Sahara. It is located on the edge of the Sahara Desert, and it is possible to spend the night in a tent. There are several restaurants, and you can cool off in a natural pool (actually more like a hot Jacuzzi).

From there, you can take a camel ride through the desert, but more fun would be a quad bike ride. That feeling of freedom as the wind blows through your hair and over the orange hills is just amazing. If you are lucky, you might see a herd of camels moving from one oasis to another. You may also see how the full moon is the only light source over the sea of orange waves at night. With a little more luck, there should be a fantastic sunset waiting for you at the end of the day. Don’t be afraid of the spiders, as there are dozens of them in the tent. After all, in this place, you become one with nature! 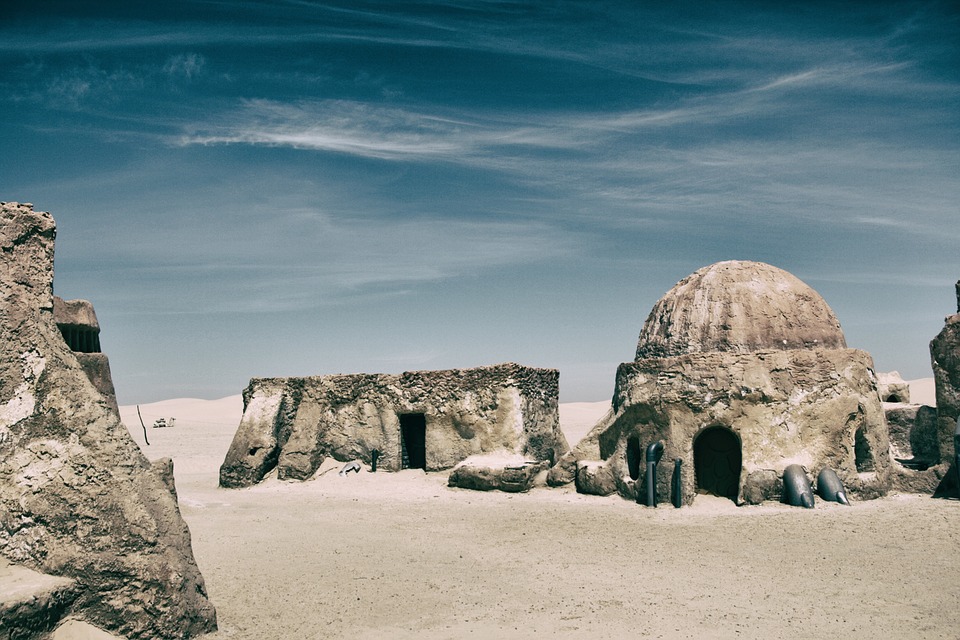 Have you ever been to any of these places in Tunisia? Share your experiences with us in the comments below!

3 thoughts on “Places To Visit in Tunisia”